Orthomolecular medicine, as conceptualized by double-Nobel laureate Linus Pauling, aims to restore the optimum environment of the body by correcting imbalances or deficiencies based on individual biochemistry, using substances natural to the body such as vitamins, minerals, amino acids, trace elements and fatty acids. The term "orthomolecular" was first used by Linus Pauling in a paper he wrote in the journal Science in 1968. The key idea in orthomolecular medicine is that genetic factors affect not only the physical characteristics of individuals, but also to their biochemical milieu.

Biochemical pathways of the body have significant genetic variability and diseases such as atherosclerosis, cancer, schizophrenia or depression are associated with specific biochemical abnormalities which are causal or contributing factors of the illness. Want to learn more? The following essays give a more detailed overview of the nature, efficacy and history of orthomolecular medicine.

The Healing Factor by Irwin Stone

How to determine a therapeutic dose of vitamin C by Robert F Cathcart, MD. ... [Read More] 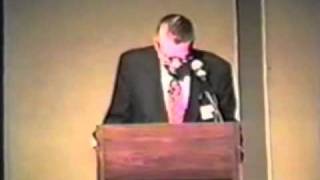