Dolphins, Home to the Sea

Dolphins, Home to the Sea is a 52 minute documentary film about three bottlenose dolphins, Rocky, Missy and Silver, and the dedicated men and women who made a dream come true. Animal rights activists, marine biologists, scientists, veterinarians, trainers, Turks and Caicos Islanders and filmmakers all joined together in the historic rehabilitation and release of these abused and captive dolphins.

After months of intensive training, Rocky, Missy and Silver were released to explore the oceans and choose their destiny. Imagine being set free after 20 years of confinement. 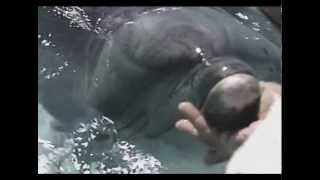 An award winning documentary about three bottle nose dolphins, and the dedicated men and women who made a dream come ... [Read More]