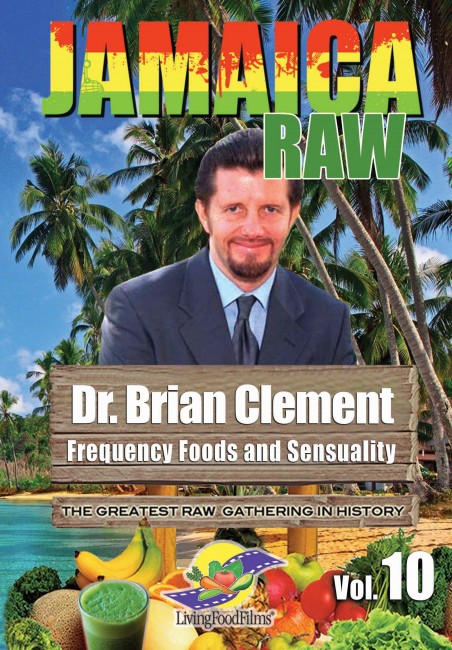 Volume 10 of the Jamaica Raw series features Brian Clement. In his talk, Brian challenges the ideology of both western medicine, and that of the current raw food movement, stating that the extensive evidence of raw food's health benefits shouldn't be ignored, while also stating that the movement must not allow itself to become pretentious or exude superiority.

Brian Clement has been Co-Director of Hippocrates Health Institute in West Palm Beach, Fl for over 35 years, and has authored several books on vegan diets, health and living food based topics.

Jamaica Raw. Filmed in Jamaica, a series of discussions, lectures and demonstrations given by esteemed raw and living food masters gathered from around the globe. We hope to share with you their wisdom, experience, and delicious raw recipes! Our mission is to spread to world the wholeness and health benefits provided by the phenomenal benefits of a raw diet, and the consumption of living foods.